Trump’s personal Twitter account was suspended indefinitely in connection with his comments made in person and on the social network leading up to the insurection at the U.S. Capitol in Washington D.C. on Jan 6. Trump has said that he is in the process of launching his own social network.

Many heads of state use several Twitter accounts to promote themselves and their policies. Pope Francis actually has 52 million followers between nine different language accounts, the biggest being English (18.9m), Spanish (18.6m), Portuguese (5m) and Italian (5m).

The remainder of the top 8 ranking consists of Muslim leaders, the most-followed being Turkish president Recep Tayyip Erdoğan and Indonesian President Joko Widodo.

There are also heads of state, however, to whom the use of Twitter seems less important. German chancellor Angela Merkel leaves the tweeting to government spokesperson Steffen Seibert (@RegSprecher), who has a comparably meager 1 million followers. 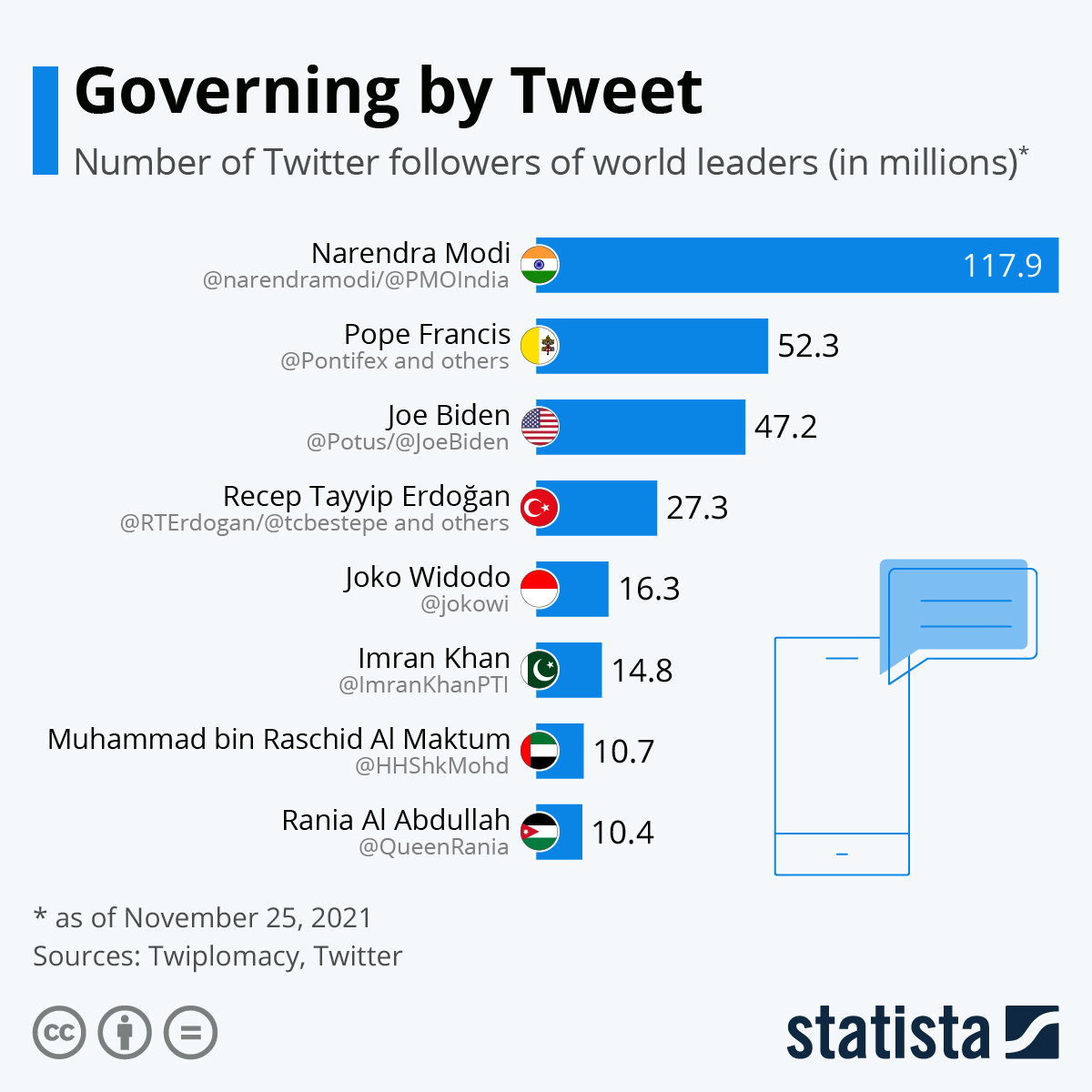 This chart shows the world leaders with the most followers on Twitter.

Please  click the link below & support our initiative newsabode.com

We provide a link to another option to back up the initiative —https://mail.google.com/mail/u/the

Investing in America in 2021;Google plan to invest over $7 billion this year