Unusual breeding behavior reported in treefrogs for the first time 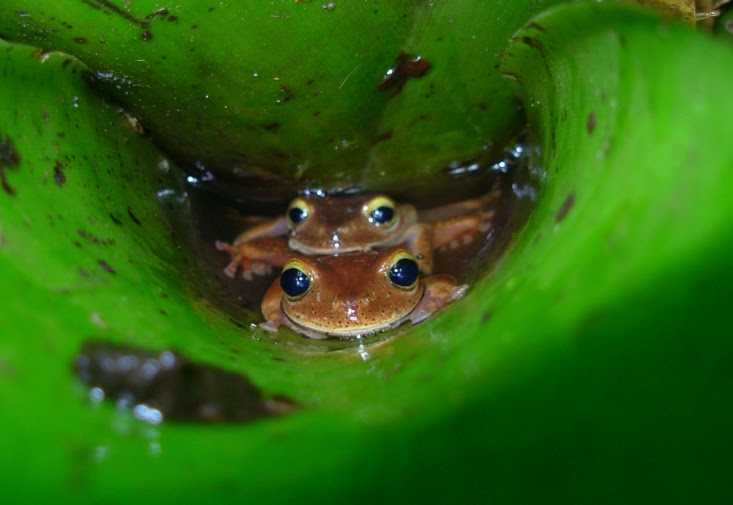 Paranapiacaba Treefrogs (Bokermannohyla astartea) mate and lay spawn in small pools of water inside the tanks of bromeliad plants, Leo Ramos Malagoli from the Universidade Estadual Paulista in Brazil and colleagues report in the open-access journal PLOS ONE. The 3cm-long tadpoles must then make their way to a stream to complete development. The study, publishing February 17, is the first to report this unusual reproductive strategy in frogs. 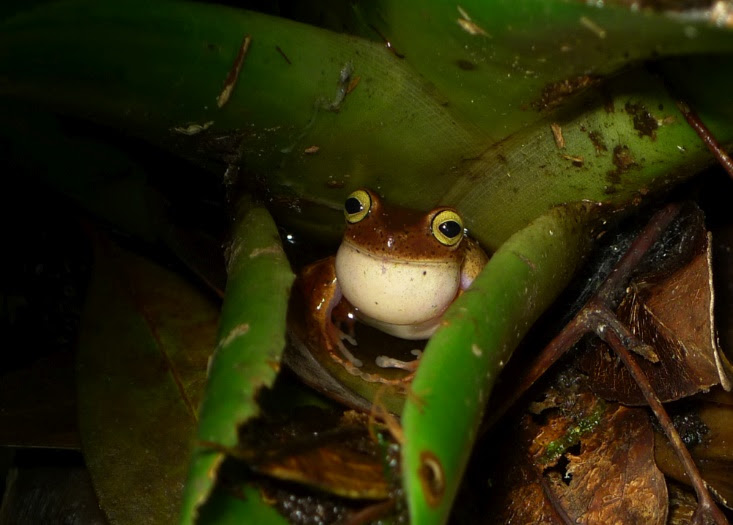 The researchers spent 11 years collecting data on the courtship behaviors, mating, spawning, and tadpole development in this little-known species, which is endemic to the Atlantic Forests of Brazil. They observed Paranapiacaba Treefrog males calling from bromeliad ponds (known as ‘Leaf-tanks’) located on the banks of streams. Females mated with males inside the leaf-tanks and laid their spawn there, but the researchers found that the tadpoles did not complete their entire development in  the tanks. Tadpoles at or beyond the 26th stage of development were found exclusively in the neighboring stream, suggesting that they fall, jump, or are washed out of the tank to complete their development in a large body of water, the authors say. 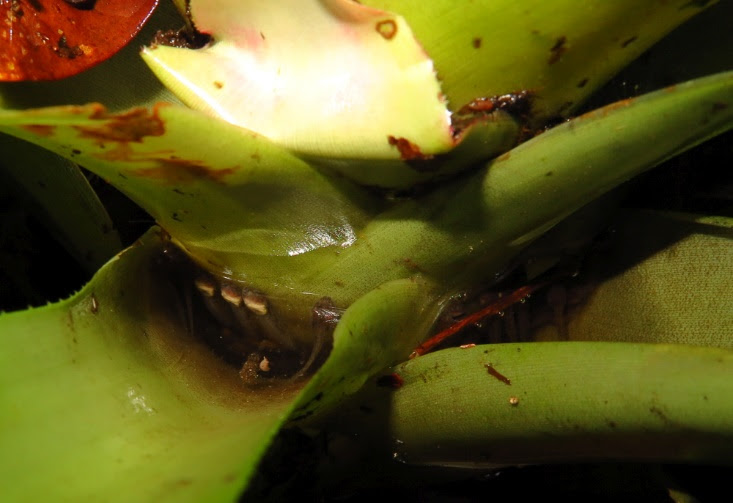 Many species of frog mate in leaf tanks, because they offer a safe location away from predators and competitors. But the frogs usually relocate to lay their eggs in ponds or streams, or the tadpoles remain in the tank until adulthood. The unusual developmental strategy reported for Paranapiacaba Treefrogs allows the tadpoles to grow in a safe location, and to escape before limited food and space in the leaf tank runs out. The authors suggest that high summer rainfall in the Atlantic forests of southeast Brazil may have helped this unique strategy evolve. The study adds to the remarkable reproductive diversity of frogs, which exhibit the largest number of different breeding strategies of all four-legged vertebrates. 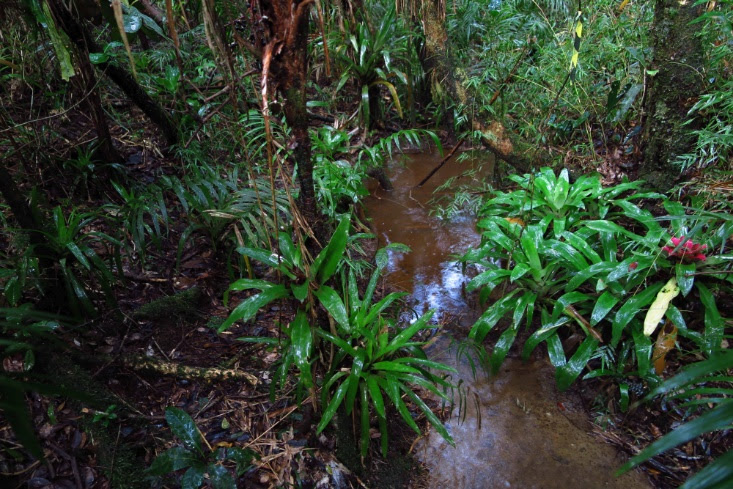 The authors add: “[This paper describes] a new reproductive mode in anurans recorded in an endemic treefrog of the Brazilian Atlantic Forest.”