July 21,2021:The Covid graph continued to maintain its fluctuating trend on Wednesday, with the number of fresh cases showing a downward trend except in Kerala. Death count varied with states but showing a significant reduction.

Kerala continued with its yo-yo trend in the daily fresh cases with Wednesday’s figure spiking to 17,481 while the death count stood at 105. The test positivity rate (TPR) remained close to 12 percent for the second consecutive day with three districts of the State reporting more than 2,000 cases.

The fluctuations also impacted the overall composition of the Covid 19 statistics. With Wednesday’s spike, the total number of coronavirus cases shot up to 32,05,197. The overall number of deaths also climbed up to 15,617. The number of active cases number stood at 1,29,661.

Karnataka: The State counted 1,639 new cases and 36 deaths on Wednesday. This took the total number of cases to 28,88,341 and the fatality tally to 36,262. As of now, the number of active cases stood at 25,645. Of the new cases reported, the majority were from Bengaluru Urban with the region reporting 419 new patients with the virus infection. A total of 2,214 patients were discharged from hospitals resulting in the total recovery of persons from the disease to 28,26,411. There are currently, 25,645 active cases in the State.

Andhra Pradesh: The State reported 2,527 new cases on Wednesday morning. With this, the total number of cases increased to 19,46,749. The state recorded 19 deaths during the day, taking the tally of the toll to 13,197.

Telangana: The State reported 691 new cases and five casualties taking the total number of Covid cases so far to 6,38,721 and the toll to 3,771. The State has reported a total of 9,908 active cases to be on its register as of now.

Dr. Andrew Fleming@Andrew007Uk:13h
Washrooms with a view. It’s one of the best of late. Any on your side? #WasbroomWithAView cc.
@HiHyderabad 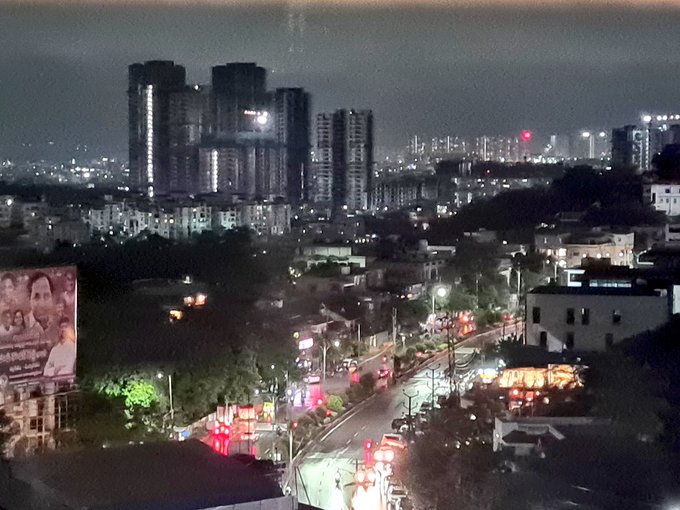 Puducherry: The Union Territory surpassed the 100-mark on Wednesday after reporting in two digits in the previous two days.

Puducherry reported 112 fresh infections on Wednesday taking the overall tally to 1,19, 935.The Union Territory had reported 78 and 42 cases in two days before Wednesday.

Puducherry region continued to top the table with 85 new cases followed by Karaikal (12), Yanam (8) and Mahe (7). The number of active cases stood at 961 with 163 in hospitals and those in home isolation being 798.

There were no new fatalities during the 24 hours till Wednesday leaving the overall death toll unchanged at 1,781. While 139 patients were reported as cured on Wednesday taking the total patients recovered to 1,17,193.

Meanwhile, the Puducherry Government has decided to extend its ‘vaccination festival’ as part of its efforts to cover a maximum number of people. The vaccination festival will be held on July 23 and 24. This is the third such festival planned to curb the spread of Covid 19 infection among its people.

The first vaccination festival was held for six days from June 16 to 21 and the second from July 10 to 12, a government official said.

Corona vaccination centers will be set up at more than 100 locations throughout the festival to provide free vaccinations to all eligible adults above the age of 18.

Passengers Confident in Onboard Safety, Continue to Support Mask-wearing :IATA

COVID-19 PANDEMIC :Two-Thirds Of Indians Have Been Exposed To Covid-19

Delhi residents suffer as Kejriwal has slugfest with  LG and Centre

As the Tokyo Games begin, the stakes could not be higher for Japan — and the Olympics themselves
9 hours ago

US Clamps sanctions on Cuba Defence Minister & Interior Ministry division for repessing peaceful protests;” This is just the beginning”:Biden
21 hours ago