As The United States marks 59th Inauguration for the installation of its newly elected President Joe Biden after Capitol building violence, International experts aired their concerns over the global situation and fast deteriorating values and sought a very constructive approach by World leaders for the establishment of peace on the” Road  to Peace in the New Millineum ”

Speakers opined that continued dialogue and a broad approach can only pave way for the peace around the world.

One of the speakers, Mr. Dato Lertchumanan Ramatha, head of Brahma Kumaris, Malayasia, Imparting spiritualistic touch to efforts for peace, said People have to arrest the declining trend of human values, and that, according to him, can be accomplished if  ” We consider ourselves as a source of energy rather than always thinking about physical bodies. He said that if people follow spirituality in a real sense, a number of problems can be sorted out through elevated souls.

Many others echoed similar sentiments and said that violence begets violence and approach with thrust on humanity and brotherhood, begets positive vibes.

Abdul Basit Syed, Founder Chairman of an International NGO “World Humanitarian Drive (WHD) laid key thrust on morality in the society and observed if it is compromised, nothing would be left to look far.

Today, The WHD had organized a webinar on the theme-” Road to Peace in the New Millineum ” and strongly batted for spreading the virtue of humanity across the world which is grappling with both inter and intranational conflicts that jeopardize peace on the planet earth. Experts were of the firm view that it was the time of hand-holding rather than undercutting each other for parochial Interests.

World Humanitarian Drive (WHD) was found by Dr.Abdul Basit
Syed, to globally promote Peace, Education, and Trade, Harmony.
Since 2018, it has inspired millions across the world as a mode to
encourage, recognize, and felicitate popular figures to common men
who have contributed to the welfare of society and the world?

Preview YouTube video The Road to Peace in the New Millennium 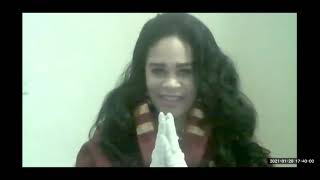 The Road to Peace in the New Millennium

US Citizen bill 2021: On day one ,Joe Biden all set to send bill to Congress