Two people were killed on the spot and several others injured in Mandalay when riot police opened live rounds on #anti_military_regime protesters on Saturday afternoon, local media has reported today and the Myanmar civil disobedience group has retweeted the tweet.

EU Ministers of foreign affairs meet on 22 February 2021, in Brussels to discuss current affairs such as the situation in Myanmar – with conclusions to be adopted. They have a strategic discussion on the latest developments concerning EU-Russia relations, and review the latest developments regarding Hong Kong and discuss the next steps for the EU. The US Secretary of State, Antony Blinken joins the meeting by video conference for an exchange of views on EU-US relations.

“Tonight, in front of US embassy, we pray and express our sorrow for what happened in Mandalay today and for our stolen country #Myanmar. May all be freedom from fear and no more sadness” A  tweet d with pictures. .

The Irrawaddy (Eng)@IrrawaddyNews: BREAKING: Two people were killed on the spot and several others injured in Mandalay when riot police opened live rounds on #anti_military_regime protesters on Saturday afternoon. Stay tuned for the full story. 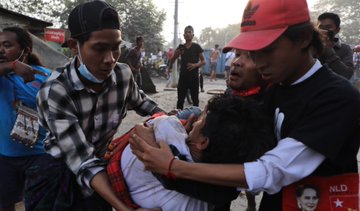 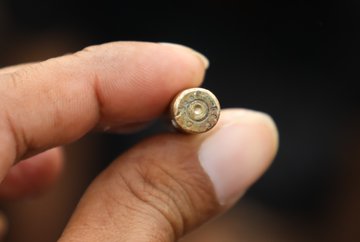 5:03 PM · Feb 20, 2021·Twitter Web App/4,952/Retweets/687/Quote Tweets/2,712/Likes
Yesterday, In response to questions about the death of a protestor in Myanmar, Deputy-Spokesman Farhan Haq, Deputy Spokesperson for the UN Secretary-Genera.#UN Chief .#UN Chief said that the Secretary-General has been following the case of Mya Thwate Thwate Khaing closely and is deeply saddened and disturbed. He extends his condolences to her loved ones.
Demonstrations are underway in the country ever since the imposition of military rule after a coup. Many have been jailed and a 22-year-old woman who had received gunshot wounds succumbed to her injuries on Friday, stoking international outrage.
The Miltary regime comments on the incident are not available but social media is flooded with graphic details of what happened today.

The US state department spokesperson NED PRICE, DEPARTMENT SPOKESPERSON has said: “We are saddened to see media reports that a protester shot by police in Nay Pyi Taw on February 9th has died, marking the first reported death as a result of security forces’ response to the protests. We offer our condolences to her family and all those injured during the peaceful protests in Burma.

We condemn any violence against the people of Burma and reiterate our calls on the Burmese military to refrain from violence against peaceful protesters. We applaud yesterday’s announcement of sanctions by the United Kingdom and Canada against the Burmese military leaders responsible for the coup. As President Biden and Secretary Blinken have both said, the United States will continue to lead the diplomatic effort to galvanize the international community into collective action against those responsible for this coup.

Yesterday, Secretary Blinken discussed the situation in Burma with his counterparts from France, Germany, and the United Kingdom. They condemned the coup and called on the military leaders to immediately end the state of emergency, restore power to the democratically elected government, release all those unjustly detained, and respect human rights and the rule of law.

Separately, Secretary Blinken and leaders from Australia, India, and Japan – also yesterday – discussed the urgent need to restore the democratically elected government in Burma. The United States will continue to stand with the people of Burma. We will work with partners and allies to press the Burmese military to reverse its actions and to help the people of Burma realize their aspirations for peace, democracy, and the rule of law.”

The UN Deputy-Spokesman reiterated that the use of force against peaceful demonstrators is unacceptable. The right to a peaceful assembly must be fully respected.
Reports of continued violence, intimidation, and harassment by security personnel are appalling. Such acts must stop.
The UN Country Team has also expressed its deep sadness at the passing of Mya Thwate Thwate Khaing. The team once again called on security forces to respect human rights and avoid using force against demonstrators, including women and girls
had just said the use of force against #Myanmar protesters “unacceptable”, that acts of continued violence by security forces “must stop”. Now local media reporting deaths of citizens after police fired at demonstrators in #Mandalay #WhatsHappeningInMyanmar

NetBlocks@netblocks19h today :Confirmed: #Myanmar has entered a sixth consecutive night under internet curfew, with service cut at 1 am local time by military diktat

The blackout comes amid a spiraling regiment of restrictions limiting the free flow of information online. 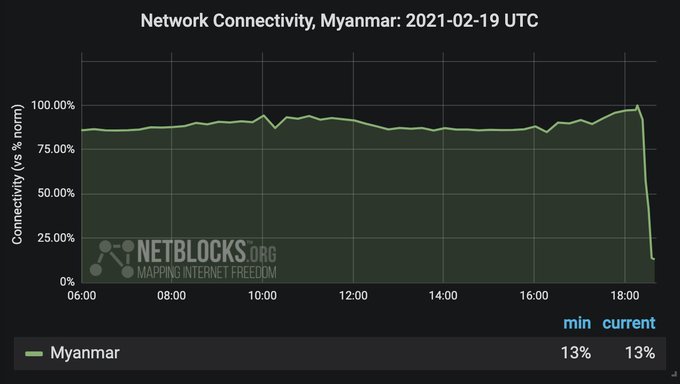 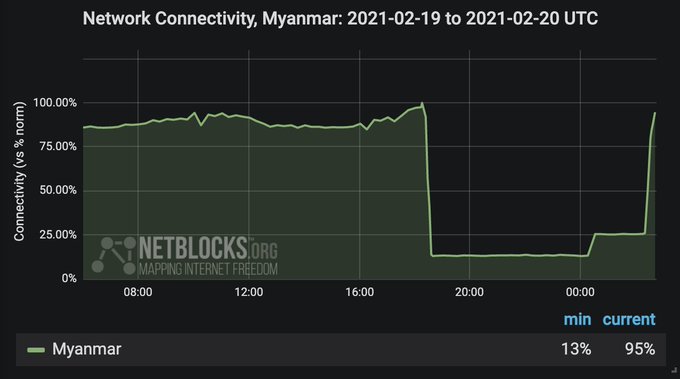 Football ISL: Only pride to play for as Kerala and Chennaiyin face off