Many civilians, including rescue volunteers, were injured when riot police and soldiers cracked down thousands of anti-regime protesters in #Yangon’s Kamayut Township on Tuesday, Social media reports said while CDM has posted a tweet that showed the pet cat of a protestor who died during the pro-democracy protests last week kept wandering around the photo frame of the deceased.

Civil Disobedience Movement@cvdom2021
A cat lying beside the photo of his master, Nyi Nyi. According to Nyi Nyi’s twin brother, the cat was wandering around his master who would never return. #Howmanymorelives 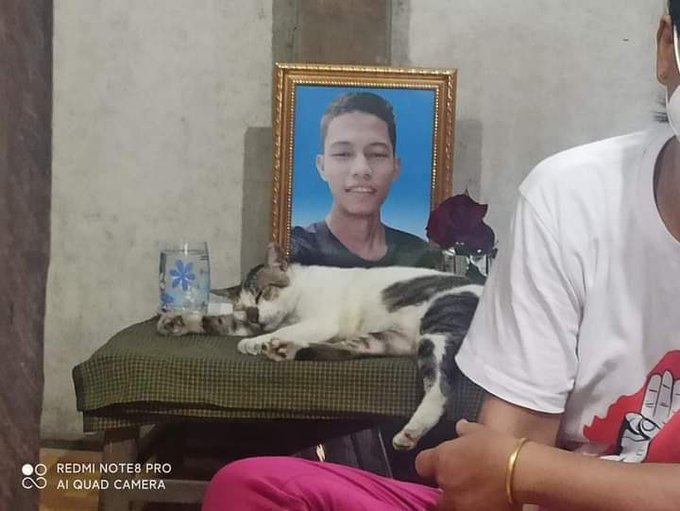 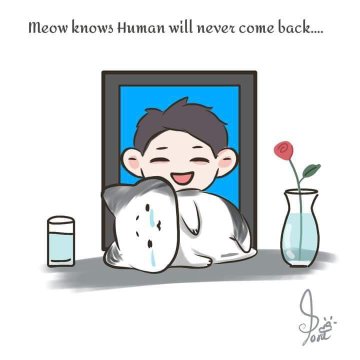 According to media reports, Nyi Nyi Aung Htet Naing was shot a few hundred meters from Hledan Junction, a regular protest gathering point. Video from an apartment above records the sound of gunshots as Nyi Nyi lies slumped outside the gate of the Kamaryut township high school — dressed in a check shirt and with a builder’s white hard hat, his phone in his hand.

No official figures are available and these reports are based on social media tweets and media reports -mainly local media.

Comment by UN Human Rights Office Spokesperson Ravina Shamdasani on Myanmar had said two days ago in a statement: “We strongly condemn the escalating violence against protests in Myanmar and call on the military to immediately halt the use of force against peaceful protestors.

Throughout the day, in several locations throughout the country, police and military forces have confronted peaceful demonstrations, using lethal force and less-than-lethal force that – according to credible information received by the UN Human Rights Office – has left at least 18 people dead and over 30 wounded. Deaths reportedly occurred as a result of live ammunition fired into crowds in Yangon, Dawei, Mandalay, Myeik, Bago and Pokokku. Tear gas was also reportedly used in various locations as well as flash-bang and stun grenades.

The people of Myanmar have the right to assemble peacefully and demand the restoration of democracy. These fundamental rights must be respected by the military and police, not met with violent and bloody repression.

The use of lethal force against non-violent demonstrators is never justifiable under international human rights norms.

Since the beginning of the coup d’état in Myanmar on 1 February, the police and security forces have targeted an ever-increasing number of opposition voices and demonstrators by arresting political officials, activists, civil society members, journalists and medical professionals. Today alone, police have detained at least 85 medical professionals and students, as well as seven journalists, who were present at the demonstrations. Over 1,000 individuals have been arbitrarily arrested and detained in the last month – some of whom remain unaccounted for – mostly without any form of due process, simply for exercising their human rights to freedom of opinion, expression and peaceful assembly.

We reiterate our call for the immediate release of all those arbitrarily detained, including members of the democratically elected government.

The international community must stand in solidarity with the protestors and all those seeking a return to democracy in Myanmar.”

CDC :COVID-19 is airborne
2 hours ago