Russia isn’t alone in recording a downward trend, either. Of the 55 countries and regions included in the report, the majority (33 for men, 31 for women) registered decreased alcohol consumption when measuring the liters of pure alcohol taken on board by the average person in each year. Bucking this trend though are a number of countries. Spain has done so to the largest extent as our infographic shows, with increases of 4.4 and 1.2 percent for men and women, respectively.

As described by the OECD, the consumption of alcohol is a staple of many societies and “can be a source of individual pleasure and social enjoyment”, while the industry “represent(s) an important part of the economy in many countries”. The report, entitled “Preventing Harmful Alcohol Use“, warns though that “the harmful alcohol consumption is a leading risk factor for premature mortality, injuries and many non-communicable diseases such as cancer, liver cirrhosis and injuries. These, in turn, have wider detrimental societal consequences.” 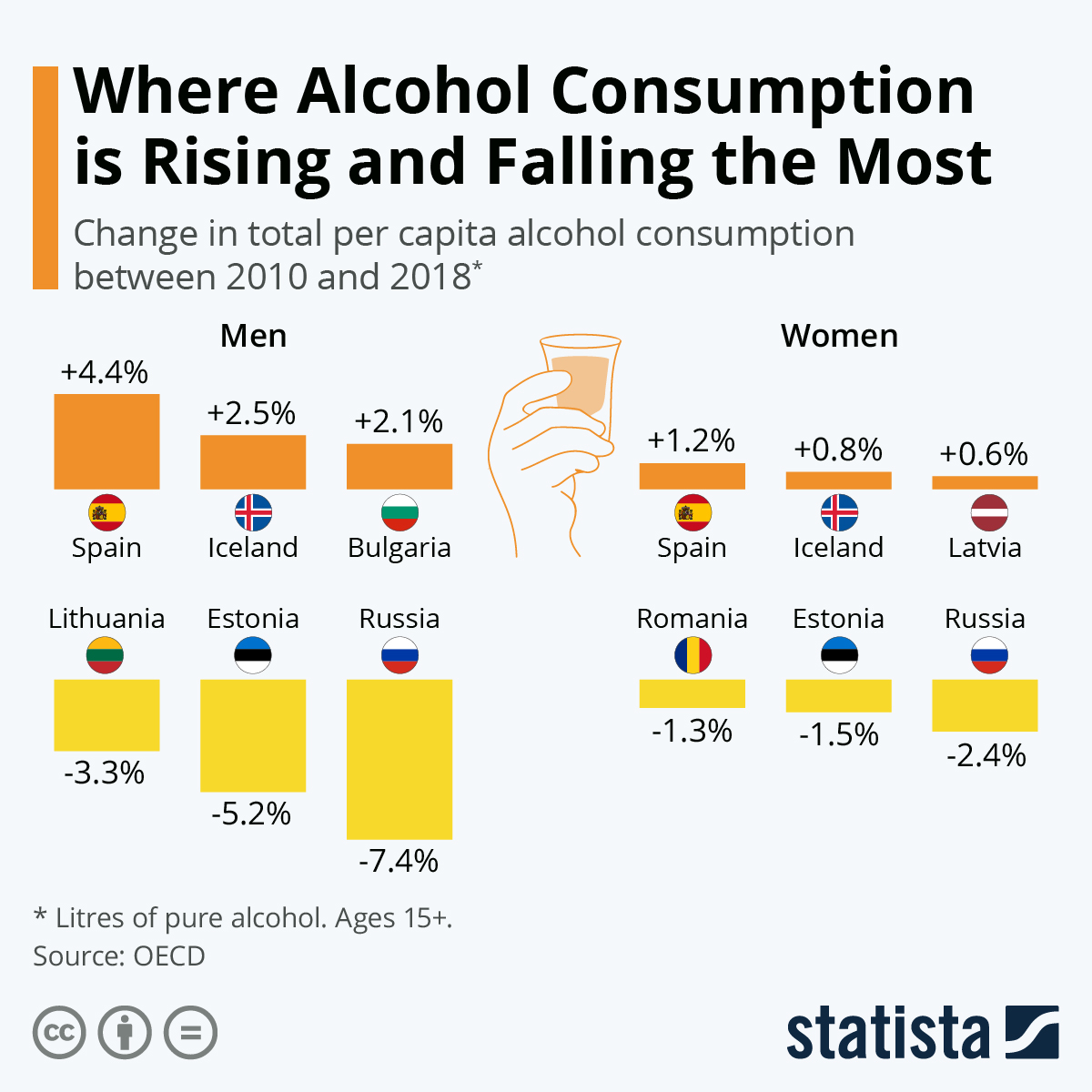 This chart shows the countries with the biggest changes in total per capita alcohol consumption between 2010 and 2018.

Do we provide a link to another option to back up the initiative —https://mail.google.com/mail/u/

Gaza ceasefire announcement between Israel and Hamas hailed; US President speaks to Netanyahu