Prime Minister Narendra Modi’s statement on the situation on the LAC with China faced a fresh controversy when Former Prime Minister Manmohan Singh, in a statement today said the Prime Minister must “always be mindful of the implications of his words”.

“At this moment, we stand at historic crossroads. Our government’s decisions and actions will have serious bearings on how future generations perceive us. Those who lead us to bear the weight of a solemn duty. And in our democracy that responsibility rests with the office of the Prime Minister. The Prime Minister must always be mindful of the implications of his words and declarations on our Nation’s security as also strategic and territorial interests,” Manmohan Singh said.

Former PM Manmohan Singh was referring to Mr. Modi’s s statement at the all-party meeting on the Ladakh clash in which 20 soldiers were killed, On Friday, at an all-party meeting, PM Modi had said: “Neither is anyone inside our territory nor are any of our posts captured”.

The former PM said the Prime Minister and the government must “rise to the occasion to ensure justice for Colonel B. Santosh Babu and our jawans who have made the ultimate sacrifice and resolutely defended our territorial integrity.”

To do any less “would be a historic betrayal of the people’s faith,” said Manmohan Singh, in his first response to the deadly face-off on June 15 at Galway Valley.

Meanwhile, Congress leader Rahul Gandhi, tagging a newspaper report based on China’s mouth organ newspaper report on recent developments, has tweeted:@RahulGandhi
“China killed our soldiers. China took our land. Then, why is China praising Mr. Modi during this conflict? 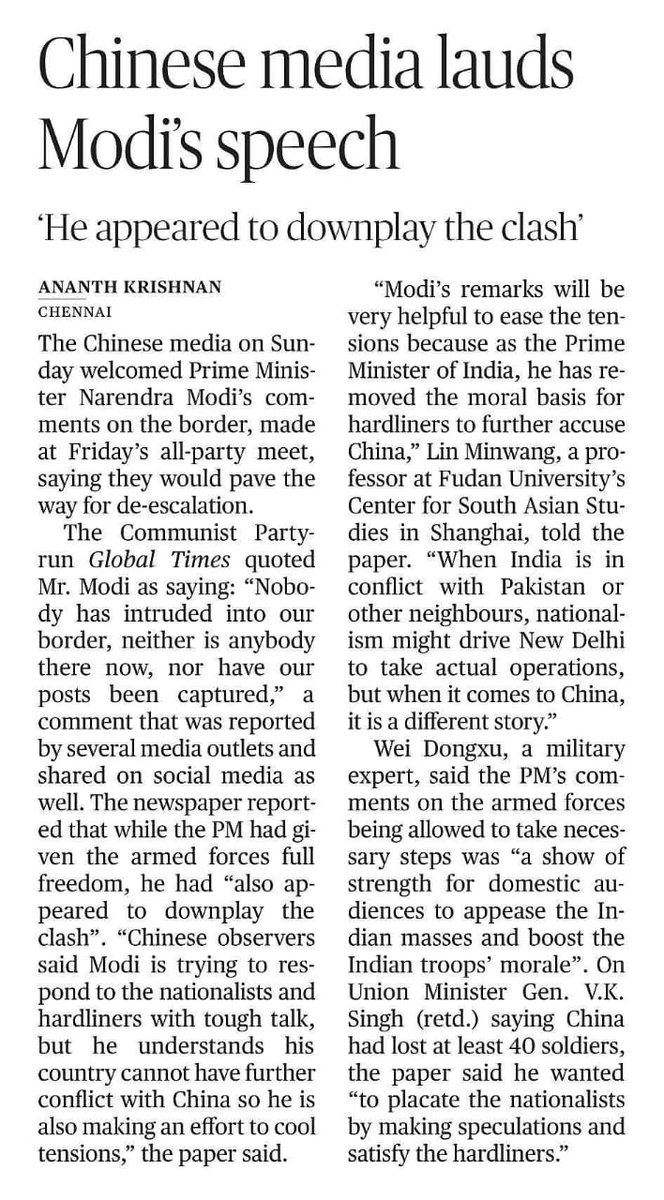 (NOTE: We seek your support—At a time when the news is under threat, we have opted for a different approach with hopes of your support. The purpose of launching newsabode.com is primarily aimed at ensuring the survival of true and unbiased journalism, based on facts and figures with total independence. We mainly depend on support from readers and concerned citizens to sustain our digital news platform)